During my holiday in Germany, I also went to the rally circuit Nürburgring in Germany. 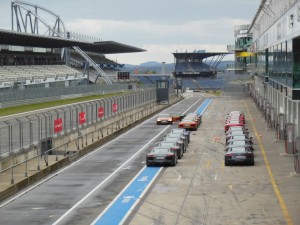 This is the place where once every two year, the Formula 1 races take place. Beside this event, there are also other motor and car races like the Grand Prix of Germany and Luxembourg. After taking a look around by myself, I was one of the members of a guided tour. A young man explained a lot about racing in general and especially about the Nürburgring.

Although I do not have special interest in this type of sport, I noticed that I was getting more and more enthusiastic during the tour. 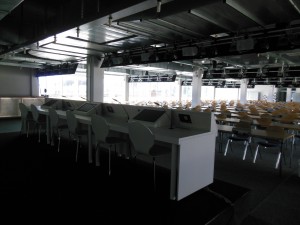 For instance, a group of 200 people is needed to organise the Formula 1 event, thousands and thousands expectators will come to the circuit and need housing and food, there are special guests and VIP rooms and the size of the requested facilties and locations for the participating rally teams. Amazing! And then I felt my hart beating faster when I entered the press room! A gigantic room where during the Formula 1 races 300 – 400 journalists are working! What would it be great to be part of the organising committee of such a large scale event?!

Then I realise that indeed I am not interested in a particular type of sports,

but I am getting enthusiastic about organising a professional large scale event: together with a team being responsible for an event where the sporters, the spectators, the stakeholders and the media are satisfied. The Formula 1 race in Germany would be a great example of such an event. I am ready for it!